If you are looking for contact information for one of our global offices, please visit the link below.

Profiting from the flourishing grain and feeding stuff trade in the port of Hamburg at the beginning of the 20th century, the merchants Franz Albers and Andreas Hansen founded companies offering to their clients the execution of superintendence, weighing of goods, documentation and forwarding of the commodities to the final recipients.
Their companies were founded in 1910 and in 1913 respectively. Mr. Franz Albers concentrated on the clients in northern Germany, whereas Mr. Andreas Hansen put the stress of his business activities on clients from Scandinavia.

When the economy began to redevelop after World War II, this was the beginning of a prosperous period for both companies. Apart from further activities in the port and shipping businesses they expanded by founding joint and subsidiary companies in Germany as well as overseas.

In response to the vivid structural changes and the increasing concentration of the market, both companies reduced their fields of business activities during the 1980's. Working in cooperation since 1st January 2000 as Albers-Hansen GmbH.

With growing activity in Denmark and the rest of Scandinavia Albers-Hansen Denmark A/S was created as an independent subsidiary of Albers-Hansen GmbH on 21.05.2007, in order to better serve clients working in Scandinavia.

Since its founding Albers-Hansen Denmark, has been constantly growing in the fields of certification, inspection and supervision.

Albers-Hansen Denmark is today a market leader in Scandinavia. 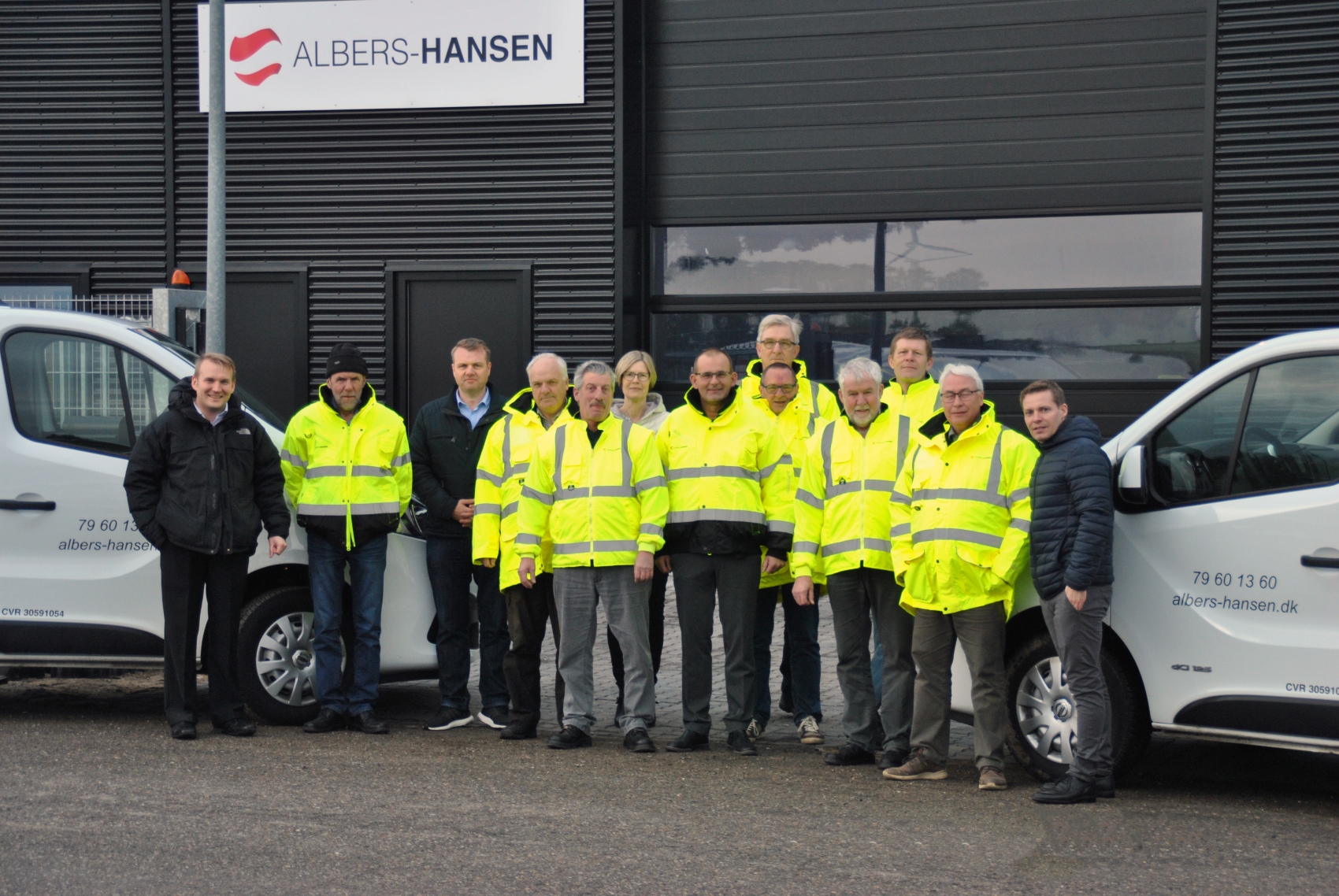